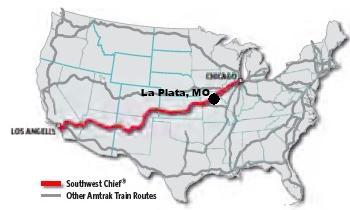 The Amtrak Southwest Chief® provides daily passenger rail travel between Chicago, Illinois, and Los Angeles, California, with major cities along the route including Kansas City and Albuquerque. The route of the Amtrak Southwest Chief® has a stop in La Plata, Missouri, the home of the American Passenger Rail Heritage Foundaton (APRHF), an Exhibition of Amtrak History, the Rail Lookout Cabin & Deck, and the Depot Inn & Suites in the heart of Silver Rails Country.

The staff of TrainWeb and volunteers to the American Passenger Rail Heritage Foundation have been posting rail travelogues, photos and other information related to Amtrak to these APRHF Train Web Sites since 1996. You should always check with  Amtrak  for the latest schedules, services, equipment, etc. Information posted on the APRHF Train Web sites might not always be up to date, especially from postings that may be from several years ago.

Following the below links leads to far too many travelogues, photos, and other information to view in just one visit. Be sure to bookmark this SouthwestChief.com page to make it easy to return to enjoy all that has been posted here by so many Amtrak rail travelers!

Due to planned abandonment of tracks on a segment of this route by the BNSF railroad, an alternate route is being considered for this train which could end service to a number of towns along the route. Such a change would also terminate travel over some of the most historic and scenic rails. These changes are a topic of hot debate by the towns and states that could lose service, by the towns and states where the train would be re-routed, and by both train enthusiasts and passengers who rely on travel by the Amtrak Southwest Chief®. News items related to the proposed route change as well as all other news related to the Amtrak Southwest Chief® will be posted to the Facebook Southwest Chief Page. Please LIKE this page on Facebook and join the discussion! 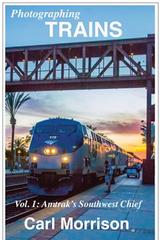 Note: Southwest Chief® is a Registered Trademark of the National Rail Passenger Corporation (NRPC / Amtrak®). Please click here for information regarding use of the SOUTHWESTCHIEF.COM domain name by TrainWeb. 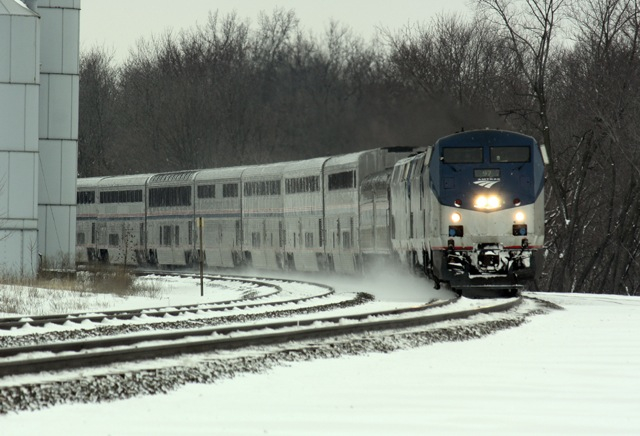