THIS PAGE IS
UNDER CONSTRUCTION

Bob Manning, President of the Southwest Rail Passenger Association, coordinated a tour of Los Angeles Union Station and the Amtrak Yards for a number of civic leaders, visitor bureau staff, and media from the Coachella Valley. The tour was made possible with the cooperation and extensive help from Amtrak and Metro management.

Click on each photo below for a larger image.

David Cowan, Superintendant Terminal Services -- Southwest Region, Long-Distance Service, North Alameda, California, guided the bus tour through the Los Angeles Car Yard. David started with Amtrak in 1978. In his current role he oversees employees from the Mechanical, Engineering, Station Services and Onboard Services groups. He is responsible for Terminal Services in the Southwest which includes pretty much all Amtrak Terminals west of the Mississippi. David was the recipient of the Excellence in Leadership award in November 2014.

The 8th Street Yard is about a mile long covering 55 acres of land. The north end of the yard starts at the Sixth Street Viaduct Bridge. By coincidence, demolition and replacement of this bridge started on the day of this tour, February 5, 2016, which will require closure of a segment of the 101 Freeway through Los Angeles for 40 hours. Click here for photographs and more information about this historic bridge.

One of the buildings in this yard built in 2000 and 2001 is where service and inspection of the trains takes place. The new building is state of the art in efficiency and safety. The busiest time at the building is during the night shift when all the Amtrak Pacific Surfliners as well as the long distance Amtrak Coast Starlight are serviced. During the day, long distance trains that arrive in the morning are serviced such as the Amtrak Southwest Chief and the Amtrak Sunset Limited.

While our tour bus drove through the yard we caught a glimpse of several Amtrak locomotives, various long-distance coach and sleeping cars, private cars, and even the Santa Fe 3751 Steam Locomotive under wraps. Four of the Amtrak Coast Starlight Pacific Parlour Cars, which are currently out of service for FRA compliance upgrades, were spotted in the yard. We even caught a glimpse of one of the new Amtrak Baggage Cars, Number 61099. The bus drove by the Amtrak Commissary which supplies all the Amtrak trains with their food items and other items sold in the Cafe, Parlour, and Dining Cars.

Another new building in the yard that went into operation in 2011 performs preventice maintenance on every Amtrak car every 90 days. This modern facility tremendously reduced the time it takes to perform preventivce maintenance on each car. What used to require taking a car out of service for 7 days can now be done in just 48 hours reducing costs and increasing availability of the car to be in service.

There are a set of tracks in the yard labeled the 90's tracks. These are used for storage of cars.

Another building in the yard is the Car Repair Shop which does heavy repairs and wheel sets.

Finally at the most sourthern end of the yard is the Locomotive Repair Shop. From 1978 to 1998 this work had previously been done in a roundhouse that was built in 1906 and torn down in 1998. This new building was built in 1998 - 1999. Though the roundhouse was torn down, the turntable still remains in operation and is extremely useful in saving time repositioning equipment. There is a Y about 3 miles down the line, but it would take hours to turn around a locomotive or passenger car using the Y. With the turntable, a car or locomotive can be turned around or moved to another track in a matter of minutes. There are probably less than 6 active turntables remaining in the nation.

This yard employes about 270 and is responsible for servicing 215 passenger cars and about 21 locomotives, though it has the capacity of servicing probably as many as 100 locomovites.

Below are the photos from the bus tour of the yard.
Click on each photos for a larger image. 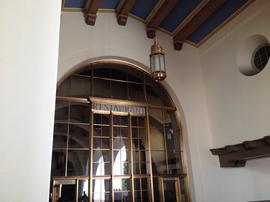 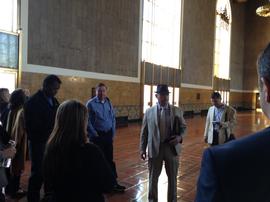 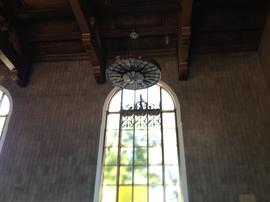 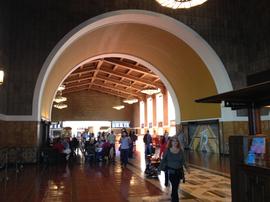 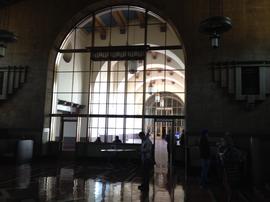 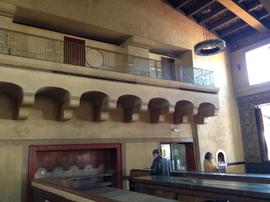 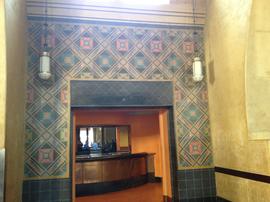 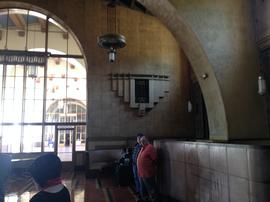 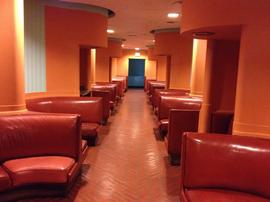 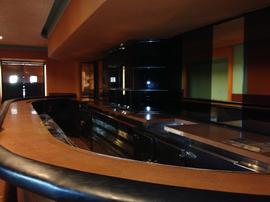 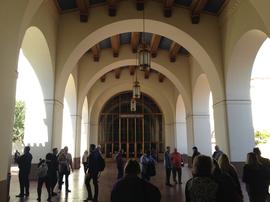 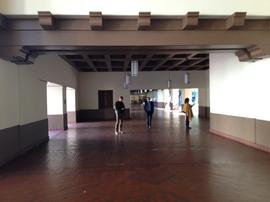 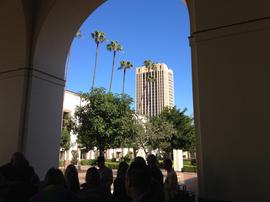 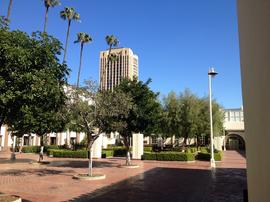 Click on each photo above for a larger image.